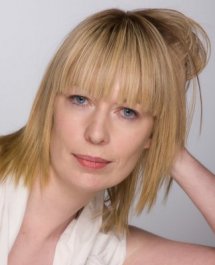 Tara Bond grew up in Surrey, England, and read History at Cambridge University before embarking on a series of sensible office jobs.

She lives in London with her husband, and loves reading and writing, as well as watching movies and TV box sets. Her guilty pleasures are cocktails and chocolate desserts.

She discovered the New Adult genre in the summer of 2012, and has been addicted ever since. Her first novel, Beautiful Liar, was published in eBook on May 2015 and in paperback on 30 July 2015

Her latest novel, Sweet Deception, was published in January 2016.

Eight years ago, Charlie lost her brother in a mountaineering accident. She's come a long way since, or rather has fallen a long way down… A drop out, an alcoholic and promiscuous to boot, she is a constant disappointment to her family.

Eight years ago, Richard Davenport watched his best friend die. Now a successful businessman, he's never forgotten the promise he made to Charlie's brother that he would keep her safe. But how do you go about saving someone hell-bent on self-destruction?

One night Charlie goes too far and Richard is her only option for help. Can he break through and stop her lying to herself? Or will Charlie finally succeed in tumbling over the edge…

Nina Baxter knows all about responsibility. With her father dead and her mother drowning her sorrows, it's up to Nina to take care of her younger sister, April, and try to hold the family together. But when her options run out, she is forced to take a job working for the wealthy Noble family.

Alexander Noble is the rakish heir to an unimaginable fortune. Sexy, charming and entitled, he's never had to do a day's work in his life, and devotes himself to pleasure and partying. With a reputation for bedding a different woman every night, he doesn't appear to give a damn about anything.

From their very first meeting, Nina knows Alex is bad news, and vows to stay away from him. But as their paths continue to cross, she can't help being drawn to his raffish charisma - especially when he makes no secret of his interest in her. For the first time in her life, Nina is on the brink of following her heart. But can she believe Alex when he tells her to trust him? Or is he just another beautiful liar?