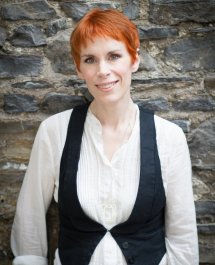 Tana’s books have gripped readers all over the world; they have been translated into 37 languages, with total global sales now topping 7 million copies. She is a bestseller not only in the US and UK but in Germany too.

In Germany over 100,000 copies sold following its release in 2009, spending four weeks on the extended bestseller list.

Following In The Woods was The Likeness which went straight to No.13 in the US, and spent 21 weeks on the Spiegel bestseller list in Germany, where it reached No.2.

Broken Harbour was the winner of the LA Times Book Award for BEST MYSTERY NOVEL 2012 and also won the Ireland AM Crime Fiction Book of the Year in 2012. It entered the New York Times Bestseller list at No.6 and was No.3 in Ireland also. In Germany Broken Harbour hit the No.7 spot in the Spiegel bestseller lists.

The Secret Place entered the New York Times bestseller lists at No.4 in hardback and was a No.1 bestseller in Germany. Time Magazine named it their No.1 fiction book of 2014 and it was nominated for the Irish Book Awards Crime Fiction Book of the Year 2014.

The Trespasser was a No.2 New York Times bestseller and a No.1 Spiegel bestseller in Germany. It won Crime Fiction Book of the Year at BGE Irish Book Awards 2016 and was nominated for CWA Dagger in the Library and Gold Dagger 2017.

Tana French grew up in Ireland, Italy, the US and Malawi, and has lived in Dublin since 1990. She trained as an actress at Trinity College Dublin. She has worked in theatre, film and voiceover and is a member of PurpleHeart Theatre Company.

Cal Hooper thought a fixer-upper in a remote Irish village would be the perfect escape. After twenty-five years in the Chicago police force, and a bruising divorce, he just wants to build a new life in a pretty spot with a good pub where nothing much happens.

But then a local kid comes looking for his help. His brother has gone missing, and no one, least of all the police, seems to care. Cal wants nothing to do with any kind of investigation, but somehow he can't make himself walk away.

Soon Cal will discover that even in the most idyllic small town, secrets lie hidden, people aren't always what they seem, and trouble can come calling at his door.

Toby is a happy-go-lucky charmer who's dodged a scrape at work and is celebrating with friends when the night takes a turn that will change his life - he surprises two burglars who beat him and leave him for dead. Struggling to recover from his injuries, beginning to understand that he might never be the same man again, he takes refuge at his family's ancestral home to care for his dying uncle Hugo. Then a skull is found in the trunk of an elm tree in the garden - and as detectives close in, Toby is forced to face the possibility that his past may not be what he has always believed.

A spellbinding standalone from one of the best suspense writers working today, The Witch Elm asks what we become, and what we're capable of, when we no longer know who we are.

Antoinette Conway, the tough, abrasive detective from The Secret Place, is still on the Murder squad, but only just. She's partnered up with Stephen Moran now, and that's going well - but the rest of her working life isn't. Antoinette doesn't play well with others, and there's a vicious running campaign in the squad to get rid of her.

She and Stephen pull a case that at first looks like a slam-dunk lovers' tiff, but gradually they realise there's more going on: someone on their own squad is trying to push them towards the obvious solution, away from nagging questions. They have to work out whether this is just an escalation in the drive to get rid of her - or whether there's something deeper and darker going on.

The photo shows a boy who was murdered a year ago. The caption says ‘I know who killed him’.

Detective Stephen Moran hasn’t seen Holly Mackey since she was a nine year-old witness to the events of Faithful Place. Now she’s sixteen and she’s shown up outside his squad room, with a postcard and a story.

Even in her exclusive boarding school, in the graceful golden world that Stephen has always longed for, bad things happen and people have secrets. Last year Chris Harper, from the neighbouring boys’ school, was found murdered in the grounds. And today, in the Secret Place – the school noticeboard where girls can pin up their secrets anonymously – Holly found the postcard.

Solving this case could take Stephen onto the Murder Squad. But to get that solved, he’ll have to work with  Detective Antoinette Conway – tough, prickly, an outsider - everything Stephen doesn’t want in a partner. And he’ll have to find a way into the strange, charged, mysterious world that Holly and her friends inhabit, and disentangle the truth from their knot of secrets, before any of them become frightened enough to do more damage…

In Broken Harbour, a ghost estate outside Dublin - half-built, half-inhabited, half-abandoned - two children and their father are dead. The mother is on her way to intensive care. Scorcher Kennedy is given the case because he is the Murder squad's star detective. At first he and his rookie partner, Richie, think this is a simple one: Pat Spain was a casualty of the recession, so he killed his children, tried to kill his wife Jenny, and finished off with himself. But there are too many inexplicable details and the evidence is pointing in two directions at once.

Scorcher's personal life is tugging for his attention. Seeing the case on the news has sent his sister Dina off the rails again, and she's resurrecting something that Scorcher thought he had tightly under control: what happened to their family, one summer at Broken Harbour, back when they were children. The neat compartments of his life are breaking down, and the sudden tangle of work and family is putting both at risk . .

The course of Frank Mackey's life was set by one defining moment when he was nineteen. The moment his girlfriend, Rosie Daly, failed to turn up for their rendezvous in Faithful Place, failed to run away with him to London as they had planned. Frank never heard from her again. Twenty years on, Frank is still in Dublin, working as an undercover cop. He's cut all ties with his dysfunctional family. Until his sister calls to say that Rosie's suitcase has been found. Frank embarks on a journey into his past that demands he reevaluate everything he believes to be true.

A compelling psychological mystery from one of the most exciting new voices in crime fiction.

Detective Cassie Maddox is still trying to deal with the events of In the Woods. She is out of the Murder Squad and has started a relationship with fellow detective Sam ONeill but is too badly shaken to commit to Sam or to her career.

Then Sam is allocated a new case, that of a young woman stabbed to death just outside Dublin. He calls Cassie to the murder scene and she finds the victim is strangely familiar. In fact, she is Cassies double. Not only that, but her ID says she is Lexie Madison the identity Cassie used, years ago, as an undercover detective.

With no leads, no suspects and no clues, Cassies old undercover boss spots the opportunity of a lifetime: to send Cassie undercover in the dead girls place. She could pick up information the police would never hear and tempt the killer to finish the job. So Cassie moves into Whitethorn House, poses as a post-grad student, and prepares to enter Lexies world.

In the Woods is a haunting psychological crime thriller that starts with the discovery of a little girl’s body on an archeological site just outside Dublin.

Investigating the crime is detective duo Rob Ryan and Cassie Maddox. What Rob hides from his colleagues is that the murder brings back memories of a traumatic event in his own past, and the investigation becomes inextricably entangled with a long-ago event.