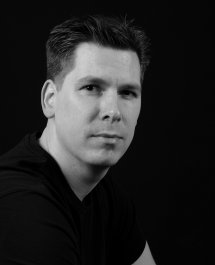 Sean Slater is a Vancouver cop working in Canada’s poorest slum, the Downtown East Side. Throughout his career, he has worked in uniform, plainclothes, and surveillance operations.

His earlier novel, Optical, was a finalist for the Rupert Hughes Prose Award, and his latest writings have won the Sunday Serial Thriller Contest in The Vancouver Province newspaper. In 2014, his third novel, The Guilty, was longlisted for the Arthur Ellis Award. His most recent novel, The Unforgiven, was published in August 2014.

Sean has been married for ten years to his wife Lani, and he is the proud father of two children.

It is late at night when Detective Jacob Striker receives a call to investigate a disturbance at a bus depot in downtown Vancouver. On arrival, he discovers a bus in flames and the fire department battling to control the blaze. When they finally put the fire out, Striker makes a terrifying discovery.

Inside is the body of a woman he once worked with, a police officer from the force. It looks as though she has been lured in and ambushed. Striker vows to avenge the death of his friend and colleague by bringing her murderer to justice, and to start, he'll have to take over the file she was investigating that brought her to this part of the city.

But the more Striker tries to look into the case, the more he finds doors closed in his face - both among the police and outside. It soon becomes apparent that Jazz's investigations were upsetting some influential people, and Striker is putting himself in grave danger as he battles through the layers of intrigue and lies surrounding the case.

The first explosion kills the toymaker.

The second bomb takes down the city's most successful realtor.

Two are dead. One is wounded. But still no suspect.

It's clear to Homicide Detective Jacob Striker and his partner Felicia Santos that the two incidents are linked. But with no demands being made by the bomber, and no known connection between the victims, uncovering the motive seems impossible.

Then Detective Harry Eckhart disappears, taking with him the lone survivor. His actions make no sense, and they force Striker to redirect his focus onto his fellow cops. It is an investigation Striker would prefer to avoid, but cannot - for the bomber is about to strike again.

And this time, it's much closer to home...

When staying alive is the only game worth playing...

Detective Jacob Striker has had more than his fair share of brushes with death. But this one really shocks him. When he is called to attend a suicide at a decrepit apartment on the bad side of town, the case unexpectedly brings him one step closer to home. This time the victim is not just another sad statistic - the end product of mental illness and drug addiction - this time it's someone Striker knows and cares about. And one thing is obvious to Striker: this wasn't a suicide.

Striker's investigation quickly leads him to the Riverglen Mental Health Facility. The victim was a patient from the support group overseen by Dr. Erich Ostermann. And when Striker discovers that Larisa Logan - a dear friend of his, and also a patient of Dr. Ostermann - has gone missing, his investigation goes into overdrive.

Racing against time and a chilling adversary, Striker searches deperately for Larisa. It is a dangerous game they play, where one right step can catapult you to a place of dominance - and one wrong step can leave you sliding to your doom.

It is a game of psychopaths. It is Snakes & Ladders.

'Dying is easy, living is the hard part.'

In his first hour back from a six-month stress leave, Vancouver Detective Jacob Striker is called to St. Patrick’s High School. His daughter is truant again and Principle Myers has had enough.

As Striker meets Myers in the school office, bangs are heard from down the corridor. Halloween is three days away and she is convinced the students are celebrating early with firecrackers. But Striker knows the sound too well. It is something heavy and automatic.

Striker and his partner, Felicia Santos, are thrown into a terrifying battle as three masked gunmen attack the school. Students are being murdered and only Striker can save them. Refusing to back down, Striker kills two of the gunmen and faces the last shooter – a figure wearing a red hockey mask.
And then the unexpected happens.

The surviving gunman racks his shotgun, unloads five rounds in to the dead body of his fallen comrade, and flees the scene.

Against the clock, Striker needs to stop Red Mask before he kills again. With no motive and an unknown suspect, Striker faces the toughest case of his ten-year career. Nothing at St Patrick’s High is as it appears and the closer he gets to the truth, the more dangerous his world becomes. Until Striker becomes the next target.

And the violence follows him home.

This is a fast paced, thrilling read from a captivating début author.

"A satisfyingly auhentic début from a man who really knows about the bleak side of the human psyche... written with an unexpected gentle irony, and featuring a lead character that the author clearly likes, it's a neat, stylish thriller from a writer to watch." - DAILY MAIL

"The USP of this energetic début thriller is that it's written about a Vancouver cop by a Vancouver cop. In fact Sean Slater writes the sort of pacy superior pulp you'd expect from an author who'd never eaten a doughnut on a dull stakeout." - DAILY TELEGRAPH