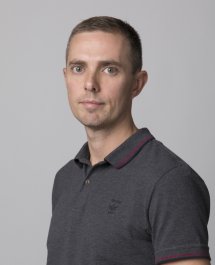 Rob is the author of the critically acclaimed and bestselling Enemy series and James Ryker series of espionage thrillers, and his books have sold over half a million copies to date.

Rob began writing in 2009 following a promise to his wife, an avid reader, that he could pen a ‘can’t put down’ thriller. He worked for nearly 13 years for a global accounting firm after graduating from The University of Nottingham in 2002, specialising in forensic fraud investigations at both national and international levels.

Originally from the North East of England, Rob has lived and worked in a number of fast paced cities, including New York, and is now settled in the West Midlands with his wife and young sons.

As a child he was smuggled to the Middle East from his London home, to be trained as one of the most elite insurgent soldiers of his generation.

For years he was forced to do things no child should do, for a cause he couldn't believe in.

But while his brothers were preparing to kill, he was looking for a way out.

Now, on the eve of the deadliest coordinated terrorist attacks Europe has ever seen, he'll finally get his chance.

He will break free and hunt down those responsible for making him a monster.

He must draw on all his training, all of his deadly skills to survive.

What do you do when the love of your life vanishes without a trace? If you’re ex-intelligence agent James Ryker you search for the answers whatever the cost, however much blood and sacrifice it takes...


Six months ago Lisa was taken from Ryker, and he’ll stop at nothing to find out who is responsible and why. Following a trail to Mexico, the ex-Joint Intelligence Agency asset soon finds himself in the firing line of enemies he long thought he’d left behind. Set-up for the murder of a former informant, Ryker is thrown into a crumbling jail run by The Black Hornet, the notorious leader of a Mexican drug cartel. But what connects the cartel to the informant’s murder, and to Lisa’s disappearance? And just who is the mystery American claiming he can help Ryker in his hour of need?

Carl Logan dedicated nearly twenty years of his life to the Joint Intelligence Agency. Now living in a secret location, under the new identify of James Ryker, he wants nothing more than to be left alone, the chance to start a new life away from chaos, violence, destruction and deceit.

It’s not long, however, before Ryker’s short-lived idyll is destroyed when he is tracked down by Peter Winter, his ex-boss at the JIA. Winter brings with him news of the murder of a woman in Spain, Kim Walker, whose fingerprints match those of one of Ryker’s former adversaries who’s been missing presumed dead for years - an infamous female assassin known as the Red Cobra.

A cyberattack at the JIA led to the Red Cobra’s profile being compromised, and Winter believes JIA agents may now be at risk too, Ryker included. But Ryker knew the elusive Red Cobra better than anyone, and when he sees the grisly pictures of Kim Walker’s corpse, he has news for Winter - she isn't the assassin at all ...

So just who is the mystery dead woman? And where is the real Red Cobra?