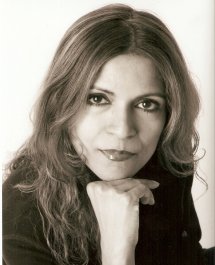 Rani Manicka was born and educated in Malaysia. An economics graduate, she now divides her time between Malaysia and the UK.

‘How could she tell him what she was waiting for? That she had been waiting all her life for love, a love that knew no bounds, a thorny, wild, beautiful, musk scented weed that waits for the raging monsoon flower’

Set against the powerful backdrop of 20th century Malaysia, THE JAPANESE LOVER tells the story of a young peasant girl, Parvathi, whose penniless father sends her away to Malaya to marry a rich widower. Following the death of her husband, the Japanese invade Malaya, leaving Parvathi and their children homeless. Striking a deal with a Japanese senior official to save her daughter’s dignity, Parvathi gives herself to him each night, startled by her own sexual awakening.

Their unexpected love enables them to survive the nightmares that go on around them until they are forced to separate at the end of the war. Parvathi struggles on through the tragic aftermath, anticipating the year 1957, the day of Malaysian independence from the British, the day her Japanese soldier promises to return...

Beautifully composed and rich in powerful imagery, myth and magic, this exotic family saga dramatizes the Malaysian experience and the power of unconditional love.

They come to worship in the spider’s temple…

THE BALINESE TWINS – Beautiful and exotic, they exchange an island paradise for the shabby squalor of London, and innocence for corruption.

THE SICILIAN – Ricky Delgado strikes a devil’s bargain with a blood goddess: ‘Build my temple and bring me the souls of damaged people, and you will see what rewards I give.’

THE COURTESAN – Elizabeth makes her living from men’s desire. A switch allows her to feel no pain but she guards a secret that doesn’t allow her to love.

THE ARTIST – Anis takes to painting as an outlet for his rage. His artist’s eye knows his subjects before they know themselves, and he paints them all, a gallery of broken people.

Can they escape the deadly web of decadence and sin?

“Its characters are original, its canvas broad, and Manicka’s radiant prose brings out all the dark lushness of her ultimately tragic tale.” Time Magazine

“The Rice Mother exudes the fascination of another world. It possesses a genuine intimacy and a passionate involvement.” The Times

“Steeped in myth, superstition, social detail and emotion, it is one of those unfolding, compulsive novels that for all its length, you wish would never end. Wonderful stuff.” The Bookseller

*** SOLD TO HODDER & STOUGHTON IN A FIERCELY COMPETITIVE AUCTION ***

An epic saga set in Malaysia spanning seventy years and four generations of women and the men they mesmerised, loved, betrayed and lost.

Starting in 1916 with fourteen year old Lakshmi leaving her simple village life in Ceylon for an arranged marriage in far off Malaysia. It tells of her life and times and those of her children, her granddaughter Dimple and great granddaughter Nisha. It’s got everything: loves, jealousies, loyalties, deceits, betrayals, the horrors of the Japanese invasion and terrible secrets.

“Steeped in myth, superstition, social detail and emotion, it is one of those unfolding, compulsive novels that for all its length, you wish would never end. Wonderful stuff.” The Bookseller