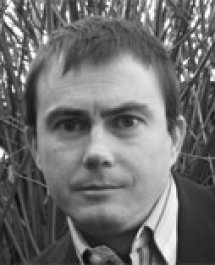 Patrick Lennon is a former international sales director with a British and French consumer goods companies. He grew up in Cambridge and remains fascinated with the city itself and with the unique countryside that surrounds it.

PI Tom Fletcher’s peaceful family life is shattered when a Cambridge don with links to Fletcher’s wife is found murdered at the local army barracks.

As Fletcher investigates, he soon finds himself in the line of fire. What links an abandoned military mental hospital to a menacing group of ex-soldiers? Why are they threatening Fletcher’s family? And what did the don find out that got him killed?

Fletcher must find answers fast, before he and his family face deadly consequences.

Tom Fletcher has left the police force, and it's cold outside.Working as a private investigator in Cambridge, Tom is dragged back into his own troubled family history by an enigmatic message from his missing father.

Somehow, he seems to be connected to the disappearance and murder of a young law student, who was working in a hostess bar.As a massive storm tracks across Europe and begins to batter the low-lying fen country, so Tom's inquiries begin to spiral into ever deeper and darker conspiracies.

How is a high-tech American company involved in an officially-suppressed story from the Second World War? Where is the long-disused US Air Force base that seems to be the key to a centuries-old mystery, and who were the haunting, haunted sisters who played such a part in a drama that is still reaching out to claim Tom Fletcher?

'A richly imaginative follow-up to Lennon's debut novel Corn Dolls that could just possibly turn Tom Fletcher into another Morse.' - Peter Millar, Reviewer of Crime/thrillers for The Times, London.

'An intelligent and well-written examination of prejudice, paranoia, misogyny, jealousy and fear...the narrator of the historical sections is a figure of real tragedy' - Natasha Cooper, TLS.

It begins for Tom Fletcher with what looks like a very bloody accident in a farm machinery showroom, and reaches back into the past - his own and that of the local police force - before slamming into the present with all the force of the most up-to-date criminal power in the world. Crackling with secrets and surprises, packed with haunting landscapes and haunted characters, freighted with the hot thundery atmosphere of a Cambridge summer and the inevitable paying-out of past betrayals, "Corn Dolls" marks the arrival of a major new crime talent.