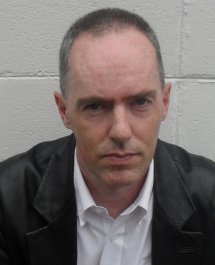 Jason Dean was born in South London. He spent many years as a graphic designer before turning his talent to writing the kind of American thrillers he has always loved reading.

He currently lives in Thailand with his wife. The fourth James Bishop novel, The Outsider, was published in June 2015.

‘Unique and engaging characters woven into the fabric of a fantastic plot. Jason Dean is one to watch’ Marc Cameron, New York Times bestselling author of Tom Clancy Code of Honor


What is a death sentence to a dead man?
He was a man with many names. Moving from country to country, changing his face constantly so as to remain in the shadows, he was nothing more than a ghost. For now, he is known simply as Korso.

A covert salvage operative, he recovers lost artefacts and items, often stolen, for rich benefactors unable to operate through normal channels. But his shadowy existence is shattered upon the arrival at his Bermuda home of the man he had hoped never to see again…

Tasked with recovering a missing, one-of-a-kind shipment in only four days, his elite skill set will be tested to its limits. Failure will result in his identity being revealed to his former boss, the ruthless Nikolic, who would stop at nothing to eliminate the one man who walked away from his organisation.

An exceptional, white-knuckle thriller full of intrigue and suspense, perfect for fans of Rob Sinclair, Mark Dawson and Adam Hamdy.

John Strickland's life is in tatters. An integral part of a high-profile, federal murder case, Strickland and his son are deep in witness protection following a hit in which his wife died. With seven days to go until he testifies, all he needs to do is survive.

US Marshal Angela Delaney is in charge of Strickland's new protection team. Convinced there will be another attempt on his life, and fearing an inside leak, Delaney knows she needs outside help and there's only one person she wants.

Former Marine James Bishop has worked close protection and is intimately acquainted with Delaney. He never expected to see her again but when she re-appears, and he meets Strickland and his son, Bishop knows he has to help protect them.

Can this outsider make the difference or are all their lives about to get a whole lot tougher?

Amy Philmore knows something is wrong as she walks home alone through Fort George Hill in Upper Manhattan. When a car pulls up and three men get out Amy runs, but is too late to escape. Now she is in hospital fighting for her life.

But her attackers are about to find themselves in even graver danger. Because Amy's brother is former Marine James Bishop. And when you target those he loves, he will do anything to save them.

With Amy's life hanging in the balance, Bishop takes matters into his own hands and soon uncovers a ruthless empire of criminals who will do anything to protect their secrets. Can Bishop find his way to the heart of the organisation before he is outnumbered?

Or is the predator about to become the prey?

Sometimes a man must take a step back to move forwards...

In a small, sleepy Pennsylvania town, the staff of a loan store find themselves at the mercy of a gunman who demands they hand over the store's entire cash reserves. But when the sound of police sirens shatters the silence sooner than expected, the robber is forced to take a young female customer hostage in order to make his escape.

Former Marine James Bishop is no stranger to being on the wrong side of the law. Wrongfully imprisoned for murders he did not commit, he finally cleared his name and has the chance to get his life back on track. But as he flees the scene of the hold-up with his terrified hostage, he once again finds himself a wanted man...

Prison can change some people. But has it changed James Bishop?

Prepare yourself for the most exciting debut thriller of the year...

Former Marine James Bishop will only have one opportunity to make his prison break. And one chance to prove that he isn't responsible for the murders that put him inside.

Three years ago Bishop was the leader of an elite close protection team hired to protect a millionaire and his daughter. After being attacked, Bishop regained consciousness to find seven bodies strewn throughout the millionaire's Long Island mansion - including those of his two charges - and a mountain of evidence guaranteed to send him down for murder.

But to find out who set him up and why, Bishop needs to be free. And now the time has come to make his move.