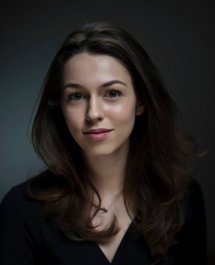 Honor Cargill-Martin is an author, classicist, and art historian from London. She read Classical Archaeology and Ancient History at Oxford, winning a scholarship and graduating with a first-class degree in 2019. She has masters degrees in Greek and Roman history and Italian Renaissance Art. She is currently studying for a doctorate focusing on political sex scandals in Ancient Rome at Christ Church College Oxford.

She has published a number of children’s fiction titles. Her upcoming biography of the oft-slandered Roman empress Messalina is her first non-fiction title.

Messalina: A Story of Empire, Slander and Adultery

The story of Messalina – third wife of the emperor Claudius and one of the most notorious women to have inhabited the Roman world.

The image of the empress Messalina as a ruthless, sexually insatiable schemer, derived from the work of Roman historians such as Tacitus and Suetonius, has taken deep root in the Western imagination. The stories they told about her included nightly visits to a brothel and a twenty-four-hour sex competition with a prostitute. Tales like these have defined the empress’s legacy, but her real story is much more complex.

In her new life of Messalina, the classicist Honor Cargill-Martin reappraises one of the most slandered and underestimated female figures of ancient history. Looking beyond the salacious anecdotes, she finds a woman battling to assert her position in the overwhelmingly male world of imperial Roman politics – and succeeding. Intelligent, passionate, and ruthless when she needed to be, Messalina’s story encapsulates the cut-throat political manoeuvring and unimaginable luxury of the Julio-Claudian dynasty in its heyday.

Cargill-Martin sets out not to ‘salvage’ Messalina’s reputation, but to look at her life in the context of her time. Above all, she seeks to reclaim the humanity of a life story previously circumscribed by currents of high politics and patriarchy.